CHICAGO, Oct. 29, 2021 /PRNewswire/ — Bally’s Corporation (NYSE: BALY), a leading U.S. omni-channel provider of land-based gaming and interactive entertainment, today submitted a proposal to the City of Chicago to develop and operate the $1.6 billion Bally’s Chicago, a world-class entertainment destination resort. The casino, hotel, and entertainment venue will be Bally’s flagship property and showcase the best of Chicago in its programming.

“Chicago is a dynamic, world-class city, which is why we are committing to make a $1.6 billion investment in establishing Bally’s Chicago as our flagship, and the only property in its class in the Chicagoland market,” said Soo Kim, Bally’s Chairman. “This property will be built, owned, and operated by Chicagoans, with a focus on minority and women investors, contractors, suppliers, consultants, and employees. It will generate tax revenue, create good-paying jobs, and attract international, national, and local visitors for generations to come.”

Bally’s has proposed two potential sites, both of which it views as economic sleeping giants for the City’s and the communities’ consideration: The Chicago Tribune Publishing Center, located on the corner of Chicago Avenue and Halsted Street, and the McCormick Place Truck Marshaling Yard. The Tribune site is within walking distance to shopping, restaurants, and other cultural attractions and easily accessed by public transportation. The McCormick Place Truck Marshaling Yard creates an entertainment destination that connects Chicago’s convention hub with the vibrant, predominantly African American Bronzeville community and would turn the underutilized site into a significant source of tax revenue for the City.

To be built in two phases, the $1.0 billion first phase will feature 2,700 slot machines and 95 table games, with ample room for significant expansion of gaming space and / or other amenities; a 100-all suite luxury hotel; an outdoor music venue for performances seating 500 to 1,000, as well as green space for relaxation and recreation; dining options curated by James Beard award-winning chef Paul Kahan’s One Off Hospitality; and pop-up entertainment by local artists.

Upon achieving our expected investment return threshold on Phase 1, Bally’s Chicago will expand its footprint with an additional $600 million investment to add up to 4,000 total gaming positions; a fully-built 400-room hotel tower with a rooftop pool and bar; an amenity terrace featuring a larger pool, spa, fitness center, and sun deck; a 3,000-seat flexible indoor entertainment venue that can accommodate large performances, smaller meetings, and private events; a 20,000-square foot exhibition space with both a Chicago sports museum and rotating immersion exhibits curated by Immerse Agency; and an expanded food and beverage program with additional large-format restaurants, including an Erick Williams’ led fine-dining steakhouse.

Bally’s intends to leverage the airport visitation by utilizing a portion of the available 4,000 gaming positions allocated to the project and will work with the City to right-size the number of positions to be placed at O’Hare and Midway airports.  We believe that, properly marketed, the airport visitation will capture incremental customers for Bally’s Chicago and generate additional tax revenue for the City.

An Equitable Economic Development and Investment

Chicago native and Bally’s Director Wanda Y. Wilson said, “From design and build to operations and ownership, Bally’s Chicago is committed to providing meaningful leadership roles, well-paying jobs, and investment opportunities for all Chicagoans—especially MBE/WBE/VBE/DBE-certified firms and minority and women residents.  I have spent my career in gaming, and am proud to be a director and investor in Bally’s. Its commitment to innovation, culture and diverse ownership makes it a leader in the industry. Everyone knows the Bally name, and that global recognition will attract visitors to Bally’s Chicago.”

Investors
Bally’s Chicago’s minority investors have a 25% ownership stake in the project, and include philanthropists, business owners, sports stars, celebrities, and everyday Chicagoans from the African American and Latino communities, as well as other ethnic and gender representation.

“This team will bring together broad, diverse perspectives and experience to collaboratively build an entertainment destination of which all Chicagoans can be proud. In pulling together this team, Bally’s supports minority- and women-owned firms that would not otherwise have the capacity to bid on a project of this scale, and, in the process, further enhancing their credentials and ability to compete individually on future large-scale projects. Additionally, given our longstanding track record as a labor friendly operator, we look forward to working with local unions on this exciting project,” said George Papanier, Bally’s President, Retail.

Operations Team
Bally’s Chicago will recruit, train, and hire a team that reflects the diversity of the City. Through workforce development partnerships with community-based organizations, non-profits and City Colleges of Chicago, Bally’s Chicago has committed to the following hiring goals:

Bally’s Corporation is licensed by the Illinois Gaming Board under its ownership of Bally’s Quad Cities, but does not operate, own, or partially-own casino properties elsewhere in the Chicago market. Leveraging its global reach and multi-platform online businesses, Bally’s full attention will be focused on driving visitors to Bally’s Chicago.

With approximately 10,000 employees, the Company’s Casino operations include more than 15,800 slot machines, 500 table games and 5,300 hotel rooms. Upon closing the previously announced Tropicana Las Vegas (NV) transaction, as well as completing the construction of a land-based casino near the Nittany Mall in State College, PA, Bally’s will own and manage 16 casinos across 11 states. Its shares trade on the New York Stock Exchange under the ticker symbol “BALY”. 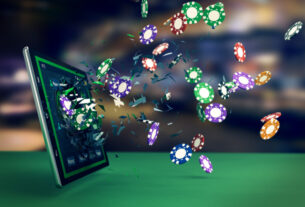 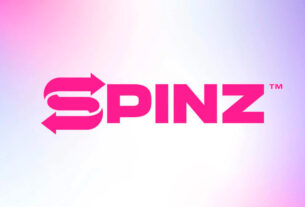 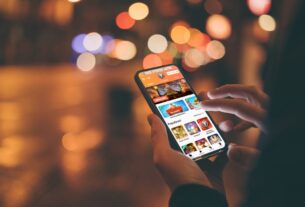