Have you ever wondered how casino games, slots, are created and developed? Play n Go wrote a nice anticle in their own web site, which we brought also here for you to read.

What’s better than a good story?

The plot can ruin a game, or take it to the next level. So we need to create one that we can relate to, and one that we can get lost in. That’s what we aim to do with our online slots – aim to tell a good story, one that everyone can enjoy time and time again.

If you want to know more about the plot points in our story-making process, get out your pen and paper… This is going to be good.

OK so first thing’s first, we need to build a world that our characters can live in and players can become immersed in. Sounds easy enough right?

Creating the environment isn’t just about the characters, it’s a crucial component in building an atmosphere that will immerse players in a virtual reality; a chance to escape from their world into someone else’s. Whether we’re standing at the gates of Mount Olympus hidden high in the clouds or peeking at a Wonderland at the bottom of the rabbit hole, the environment has to be believable, else what’s the point?

In our games the backgrounds tend to be static and change depending on how the game plays out. Take Merlin and the Ice Queen Morgana, we start outside of the castle in the blistering cold, which not only shows us where we are located but gives us an insight into how the character Morgana feels – jealous, bitter and rejected.

As the game progresses we enter the castle to find Morgana waiting, it’s cold despite being inside and bare stone architecture shows the detachment and isolation that Morgana feels.

This simple change of backgrounds divulges so much information not only about where we are geographically but where our characters are emotionally.

So what came first the story or the character? It’s very much a chicken and the egg situation… Or is it?

We’re inclined to say no. You simply can’t have a game narrative without a character. There are several types of character that we can use within the narrative. We’ve got the protagonist, antagonist, secondary, foil and a couple of others – each play a vital role in the story. Let’s break down the two main ones that you’ll find in our games.

The hero of our piece. Make no mistake, this doesn’t necessarily mean that this character is a ‘good guy’, these characters should have flaws that they need to overcome in their story – if they’re perfect there’s no room for growth or progression.

Take Loki for example, in Tales of Asgard: Loki’s Fortune, even though Loki is seen as the protagonist… We know, we know, we can hear you saying, but Loki is a bad guy right? Surely he’s more of an antagonist?

Well, you’re right in that his aim to overthrow his father Odin to take the throne of Asgard is… pretty hostile. But is this because he’s a ‘baddie’? We think its more that he’s altruistic – in his mind he has the right to the thrown and his jealously of his father’s affection for Thor has forced him down a more vengeful path.

Yet in Tales of Asgard: Freya’s Wedding, we see Loki team up with Thor to save their sister, Freya from taking the Ice King, Thryms as her betroved, which is a pretty dare we say nice thing to do. His selflessness shines through in his attempts to save his sibling and his loyalty to Asgard in returning Mjölnir to its rightful place.

An adversary to the protagonist, the antagonist is usually the ‘baddie’ of the story. Their intentions are less than honourable to say the least, they seek out trouble and insist on stopping the protagonist from achieving their potential. To sum up, they’re pretty mean.

One of our fave antagonists amongst our game characters is the femme fatale in our Charlie Chance series, who appears as either the She Devil and Cleopatra.

The game art in this series was inspired by the infamous Betty Boop character by Max Fleischer, this cartoon art style lends itself beautifully to the narrative and characters as it evokes a bewitching yet eerie feel which is typical of the femme fatale character. Both Cleopatra and the She Devil are depicted in literature as enchantresses who use their beauty to entrap unsuspecting men, and unfortunately in this case, that man is Charlie Chance.

A mix of vices and virtues make for a well-rounded character as overcoming their flaws progresses the plot, shows growth and fixes broken relationships.

As time goes on, feature developments create new ways to immerse players into our stories, characters, and the pure entertainment of our games.

Take 15 Crystal Rose: A Tale of Love, another game that sits beautifully in one of our worlds. The first love-themed game to enter our Arthurian Legend series follows the tale of Sir Lancelot and his quest to recover the 15 Crystal Roses so that he can prove his worth as a suitor to Princess Elaine.

Amongst the many features of this game, there is one that isn’t so common in the industry (so far). Being able to keep track of their progress through the innovative Quest Map feature means players can see the location of the 15 Crystal Roses, and as it opens up at the beginning and the end of Free Spin sessions it will show how many crystals the player has collected.

Combined with the already epic tale, this clever feature drives the narrative further, retains player engagement and their immersion into the world of the game. Here we see features and narrative blend, this kind of attention detail is what takes our game stories to the next level.

So, what happens next?

Never underestimate the power of a good series.

A follow up to a story and an array of characters that we already have an affinity with paves the way for a game story that already has a solid foundation before we even begin reading. Having that feeling of familiarity already sets us on the right foot for a game that will not only stand the test of time but leaves us wanting the next chapter in the story.

A series can take various forms and follow different rules, but the main ones we use in the Play’n GO universe are narrative and anthology.

Rise of Olympus for example, was released way back in 2018 and as we careen towards the middle of 2022 it still holds one of the top spots as a favourite among players. Placed within our Greek Mythology ‘world’ Rise of Olympus tells the story of Zeus, Poseidon, and Hades as they deal with the aftermath of overthrowing their father, the titan Cronus.

On the horizon, a new Greek Mythology slot is set for release at the beginning of May, Rise of Gods: Reckoning, which sees Zeus, Poseidon and Hades in a new reality and with a whole new challenge ahead. Before the game is even released players will already have a gage of who the characters are, giving a buzz of familiarity.

Not only will they have experienced Rise of Olympus, but everyone knows the characters through other forms of entertainment and culture.

In the other corner, there is the narrative series that follows a continuous story where the plot evolves in each sequel.

The Dead Series has an underlying plot device where each game reveals the next step to towards unlocking the cursed treasure. Not only does this kind of series give the player familiarity in artwork and goals and even sometimes the marrying of features – like in Secret of Dead where features from the Legacy of Dead and Scroll of Dead appear – but also the feeling of completion.

Both work in their own way but each lends itself to themes, characters and visuals that create truly immerse gameplay.

These are just some of the elements that go into creating an epic story that captivates players time and time again, we have to keep some things a secret!

Entertainment is in our DNA at Play’n GO and with Safer Gambling at our core, our story is one of dedication to our players. 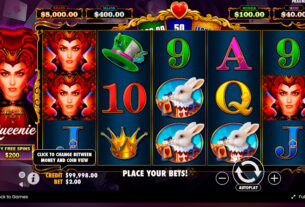 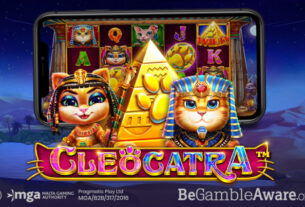 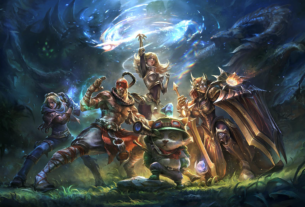 Video Game Industry Proves Once Again to be Recession-Proof