Skip to content
Home>News>Hölle Games launch with ComeOn and Co.

Berlin-based start-up Hölle Games has launched with ComeOn, a partnership that includes pedigree brands such as the household name, Sunmaker.

All games will be made available for players, such as the magical “Holla die Waldfee” to the hard rock “Höllische Sieben”, alongside a stable full of Fruit titles. This includes “Sunmaker Fruits“, an exclusive title made by Hölle Games for the sunmaker brand.

Rolling out on such German focused operators, which are well-known and highly regarded by slot fans, means Hölle Games are continuing in their mission to deliver top-tier content to the German audience, as well as extending their reach to players on other MGA governed casinos in Europe who have an appetite for pure gameplay mechanics and high volatility action.

With the CEO of Hölle Games, Robert Lenzhofer, focusing the company primarily on their home market with a line of both ‘Classic’ and ‘Premium’ slots, many of the games boast a pioneering feature developed specifically for the new German regulatory regime (which came into force from July 1st, 2021).  Known as ‘Bonus Spin’, this feature provides additional excitement for the player while ensuring tax compliance.  “Steinreich” (Super Gems in EN) is the latest game to boast this feature, and is the culmination of tweaks and enhancements from previous releases.  Hölle Games have since offered the mechanic to other studios to freely use, in a move designed to try and harmonise the discordant German market, and it has already been adopted by some big players in the industry.

Hölle Games is a new, independent ‘Made in Germany’ video slots studio. Both MGA and ISO 27001 certified, they provide ‘Classic’ games German players love, such as Fruits, Bells XL and Ring the Wild Bell, while also producing a ‘Premium’ series of slots with unique artwork and cutting-edge game concepts, carrying distinctive German product names that most Germans will instantly recognise, such as “Holla die Waldfee”. 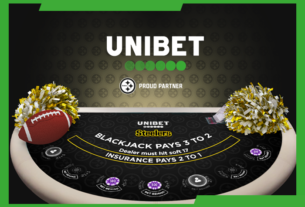 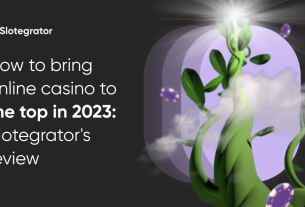 How to launch a top online casino in 2023: Slotegrator’s review 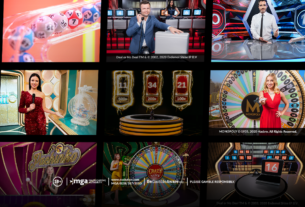