Skip to content
Home>News>Is the future of iGaming in Africa a good bet?

In recent years, growing numbers of iGaming investors are setting their sights on markets in Africa. With over a billion people and some of the world’s youngest populations, Africa offers both immediate and long-term opportunities — and the market is still far from being fully saturated.

Slotegrator, one of the gambling industry’s leading software developers and aggregators, analyzed markets across the continent and pinpointed key details of the African iGaming industry that investors should take into account.

The release is also available in video format on Slotegrator Academy’s YouTube channel. The educational project was launched to educate iGaming site operators, giving them the tools they need to succeed in their target market of choice — and some of the markets Slotegrator has been focusing on are exciting new emerging markets in Africa.

South Africa, Nigeria, and Kenya are the three biggest gambling markets in Africa.

Nigeria’s GDP amounted to $441 billion in 2021, the highest figure in Africa. The country also has the continent’s biggest population, almost twice the size of second-place Ethiopia.

Gambling was legalized in Nigeria in 2004, and the first online casino was launched in 2013. Both online and land-based gaming operations are licensed by the National Lottery Regulatory Commission. Betting on sports, especially European football, is wildly popular, and increasing mobile connections and mobile payment options have driven a boom in sports betting. Gambling participation is high; about 30% of Nigerians between the ages of 18 and 40 wager daily. Certain games, however, such as roulette, dice, and card games, are banned in Nigeria.

With a GDP of $420 billion, South Africa ranked second on the continent in 2021. The size and stability of the country’s economy make it particularly appealing for business ventures, iGaming included.

Licensed land-based bookmakers are allowed to open online branches. Almost 50% of the adult population of South Africa makes sports bets, with most bettors placing a wager at least once a month. In this regard, investors might find this market to be a great target for launching an online sportsbook.

In Kenya, most types of gambling are allowed, and hundreds of new online casino sites have appeared here in recent years. The country is a leader in the field of interactive games; millions of Kenyans periodically visit gambling sites. The situation in the gambling market of Kenya is similar to the situation in the Nigerian market, however, due to the smaller population — 47 million people — it’s not developing quite as quickly. In addition, not all of the country has high-quality internet coverage.

Sports betting, particularly betting on football, is hugely popular in Kenya, though recent changes in regulations have led some major international brands to pull out of the market, potentially leaving a large gap to fill.

Breakthrough of slots on mobile platforms

According to Ayvar Gabidullin, business development manager at Slotegrator, the trend towards mobile adoption will only increase in the long term. He recommends investors in online gambling to pay special attention to platform optimization: “When working in the African market, your players might have problems accessing your site — the infrastructure is there, but the data itself is expensive. Sometimes, a player enters the online casino site, but the page takes a long time to load because it’s too heavy. Then they have to wait for it to load and maybe pay more for the data, costing them time and money they would rather spend on gameplay.”

In this regard, Slotegrator offers a stable, responsive solution that will be quickly implemented. The new platform from the developer allows you to minimize the risk of connectivity issues by optimizing the platform for mobile devices.

The most popular payment method

Mobile payments are easily the most common payment method in Africa. Many players simply don’t have the option of holding an account at a traditional financial institution; in other cases, some institutions refuse to process transactions related to gambling. The solution — as with internet connectivity — is mobile.

Vodafone’s M-Pesa, which enables users to make payments using their mobile contract, has provided economic freedom for Kenyans without access to bank accounts. The solution is popular throughout East African countries like Tanzania and Uganda. The most popular payment providers in West Africa are MTN, Airtel Tigo, and Vodafone.

To integrate payment methods that are popular in Africa or in any other target market, operators can integrate Slotegrator’s Moneygrator solution, which allows you to add more than 250 payment methods to a gambling site in one click. Moneygrator helps cut through red tape and bypass a whole chain of intermediaries — the operator does not need to look for payment solution providers and enter into contracts with each of them separately. This improves the efficiency of payment transactions and saves the operator’s resources.

Opportunities and prospects for the African iGaming market

When it comes to online gaming and improving the user experience on mobile devices in general, the growing youth population across the continent plays a decisive role. Africa is the only region in the world where younger people represent a bigger percentage of the overall population every year, and the majority of iGaming players in Africa are 18-35.

The development of the iGaming industry in Africa is complicated by uncoordinated regional bureaucracy. However, against the backdrop of positive changes in legislation, the size of the markets, and the cultural acceptance of gambling and betting, it’s a small price to pay.

Overall, the spread of internet access and the widespread love of betting among the continent’s youth indicate that Africa has a lot to offer, both now and going into the future. 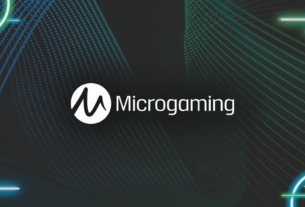 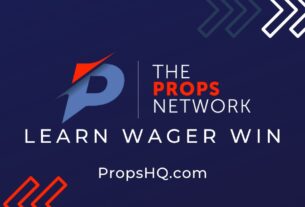