A new resident has entered the World of GEMiX. The peaceful worlds of the Miner, the Wizard and the Princess are overshadowed by swirling clouds in the sky to reveal a fourth realm. That of the valiant Sky Knight.

This is a game designed to entertain original players of the original blockbuster GEMiX as well as new players. A 7×7 cluster grid slot with cascading reels, players must match five to create a win.

GEMiX 2 isn’t shy of features. Original symbols from the previous game remain with the addition of a new character, The Sky Knight. Each character serves as a unique Wild to keep players on the edge of their seats. Character Wilds can be triggered on any random spin, plus more than one Wild can be triggered in a single round.

Four charge features create pace and form new combinations as they transform and destruct symbols on the grid. The Super Charge feature is triggered at the end of a game round, when there are no more winning combinations present, and the charge up is complete.

Introducing an additional character and world makes for a more immersive gameplay and paves the way for future narratives. GEMiX 2 gives players the ability to cross into the different worlds of the Miner, the Princess, the Wizard and now the Sky Knight.

Artistically GEMiX 2 has evolved from its predecessor. Shiny symbols in the first game, reminiscent of social mobile games like Candy Crush, have been refined, swapped for bold colours that pop on the reels. Characters take on a more realistic but still cartoonish style retaining the fun nature of this bright game.

“We’re excited to expand the GEMiX World – and we know players will be excited too.

The potential to introduce new characters and worlds is limitless. It allows us to play with new features and develop innovative ways to immerse players in the world of GEMiX!”

Wins are achieved by getting 5 or more symbols in clusters. These are removed and new symbols fill up the grid. Cascades continue until no more wins can be created.
All wins during a game round contribute to increasing the CRYSTAL CHARGE meter. When the first half of the CRYSTAL CHARGE meter is fully charged by 25 winning symbols and there are no more cascades, the CRYSTAL CHARGE effect is activated, triggering one of the following effects:

• CHAIN LIGHTNING: Two corner symbols shoot out an electrical arc hitting symbols. These symbols are transformed into one of the corner symbols.
• LIGHT BEAM: Light rays shoot out vertically and horizontally from a symbol on the grid. All symbols in the affected column and row are transformed to other symbols.
• CRYSTAL WARP: A symbol is selected on the grid. The selected symbol and all matching symbols are warped to other symbols.
• NOVA BLAST: A symbol is selected on the grid and explodes. Adjacent symbols are removed from the grid in a 7 symbol diameter explosion, leaving behind a cluster of core symbols. This core consists of the same symbol.

Each of Gemix 2’s 4 Worlds has 2 patterns that you must complete, by winning on the indicated grid positions. Complete each world’s patterns to move onto the next world.
Each time you complete a World, you have the opportunity to play the PICK A POCKET game, where you can win the current World Bonus. The World Bonus is increased with any win during a game round. Each world has a guardian. There are up to 4 different guardians that can appear during play, each with a unique WILD symbol. The guardian of the world will be the first one to appear. These WILD symbols substitute for any other symbol to help comprise winning combinations. These wild symbols are removed if part of a winning combination. WILDS turn into Miner WILDS if CRYSTAL CHARGE is triggered during the game round.

Only the highest multiplier is used for each winning cluster. 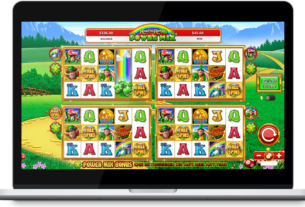 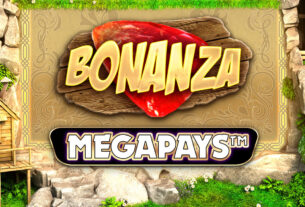 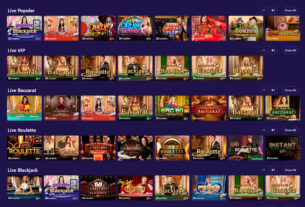