As we get ourselved closer to coming Winter season, we also see new offers coming from Casino operators, new games being published and all and all good news and vibe at igaming sector. As we go further on this 20s we have seen gaming progress going more and more in to the faster and easier gaming. Fast withdrawal casino seems to be one of the titles and themes of today, as well as wide variety of games at each casino. We are more keen on using our free time the best we can – that includes fast gaming, fast withdrawal and even bigger jackpots.

One of the main paths forward seems to also be the even bigger winnings – or chances to win – like with all these new Megaways slots and livegames – who would have known this a few years back.

Gambling is pretty retro – or what do You say?

Over the decades, one could imagine that gamblers have gradually realized that casinos exist only through players losing their money at casinos. The big casino operators make billions of dollars of money every year, and this is well known to all adult players, but on the other hand, all players also know that anyone can win millions in those jackpot games, and this always brings new players to these games as well – and therefore casino games should be as familiar as possible for new players, easy to play, and easy to get those winnings from game rounds as well.

Players can sometimes go on for years without playing, and then go back to the games to see that there are more and more games on offer, they are new and modern, but they have the familiar elements that have always existed, and therefore it is easy for even old players to return to casino games – casino games are really, a real world of retro players, where the game selections only expand, but the games themselves remain the same from one decade to the next.

Now, if someone were to develop a brand new gambling game idea, it would have to be really good, as it should be able to sell games to intermediate gaming platforms so that it can immediately reach a  wide distribution of casinos – it should also be easy and clear to play from the very beginning, and equal for every player, but also one that would guarantee a steady income for the casino, but would allow casual cashiers in today’s world to go big enough to get a big enough chance  For a casino win – thousands of euros with a small spin bet – what kind of game idea is there that could win these  retro and retro symbols from the market?

Provably fair games are based on the principles of transparency and legitimacy. The main advantage of this type of games is the opportunity for players to check the fairness of the result of the game using a special algorithm. This involves a lot of high stakes players into the game because interest and credibility grows. Furthermore, the blockchain technology on which the games are based attracts fans of cryptocurrencies, thereby expanding operators’ audience.

We have waited for the new idea for the slots and igaming games, so is the Crash Games the answer? Atleast it is as easy as the current slots, but will it get enough gamers to play them?

Crash betting is different to other games of chance in that its mechanics are time-based. The player places a bet and watches the in-game multiplier, usually presented by a rising line graph, go up. The higher the line rises, the bigger the multiplier. However, the line can ‘crash’ at any moment. It is up to the player to cash out before that happens to claim their win. If the player does not cash out on time, they lose their bet. These crash games are totally different than the slots games, so every jurisdiction of money gaming, needs to approve these games, and game type before games enter markets – and this has been happening.

Gameplay elements such as risk management and perceived control over the results allow players to be more strategic and offer a new experience with these new crash based games. A lot of these games are also providing multiplayer experiences which build community and competition among the users which again increases interest and activity.

Most of the original Crash titles looked very poor graphically but still brought in huge amounts of activity and wagering. But this just proved the above mentioned feeling of retro gaming – it is available with many slots as well, and now it came with crash games as well – players are not necessary after fine graphics – they just want to enjoy gaming. 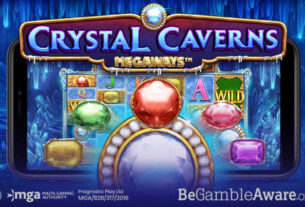 PRAGMATIC PLAY TIES UP THE YEAR WITH CRYSTAL CAVERNS MEGAWAYS™ 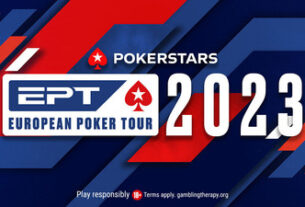 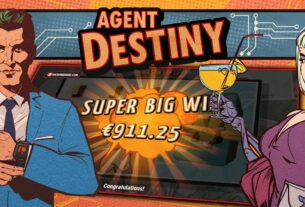 Internet is full of interesting sites