You may have heard about the newe casino games.. that also are based on 100 % luck.. the Crash Games – this is about them:

Operators need the right gaming content to stay competitive. That’s why Slotegrator monitors player preferences in different markets around the world on a monthly basis. One recent analysis found that younger generations are particularly drawn to a specific type of game: crash games. Here, Slotegrator reveals what is driving the spread of crash games and which providers are offering the most in-demand titles.
Simplification is an growing trend in an increasingly complicated world. Wherever they can, people try to cut down on unnecessary details and distractions. Online casino players are no different — and in terms of simplicity, nothing beats crash games.

Crash games strip the gambling experience to its essential elements: lay down your bet, make your call, and see if you win or lose. What goes up must come down; can you pull out before you hit rock bottom? Unlike poker and blackjack, there aren’t any skills or strategies players have to study for hours. The result of the game depends entirely on luck.

During gameplay, an icon (often a rocket, but sometimes a cat, comet, or even just a dot) arcs upward across the screen, trailing a parabola behind it so players can trace how quickly it’s rising. At the start of the round, the player makes a bet. The initial multiplier is 1x, but it rises as the rocket shoots upward  — until the round suddenly (and unpredictably) ends. At any point, the player can close his bet and win the multiplier, but if he doesn’t do so before the rocket explodes, he loses everything.
For example, a player bets 0.2 BTC. If he pulls out when the multiplier reaches 2.55x, he wins 0.51 BTC. But if he holds on, hoping to collect a payout of 3.25x, and the rocket crashes after reaching only 2.55x, he loses his bet.

It might seem surprising in an industry as geared towards innovation as iGaming. You might expect players to flock to complicated slots with irregular layouts, complex mathematics, compounding bonus rounds, and countless other features — and, true, players love those games as well. But there’s something about the simple thrill of holding your thumb over the button, knowing that at any moment the game could unexpectedly end, that players are drawn to.

It’s the gaming experience at its most open and transparent: make your bet, test your nerves, and either win or lose. There’s nothing simpler.

APIgrator, which allows you to integrate more than 15,000 games from more than 100 licensed developers into a casino platform with a single API integration, gives online casino operators the opportunity to update and constantly expand their offer.

APIgrator provides access to crash games from different providers. As always, providers should integrate whichever titles are the most popular in their target market. In the Middle East and North Asia, Spribe is popular, as well as Rocket Dice and Space XY, from renowned developer BGaming. Crash games from this provider are also preferred by users based in Australia and Oceania. Zeppelin, by Betsolutions, is popular in North Africa. Rocketman from supplier Elbet is distributed in many regions, so online casino operators usually include it in their portfolio on Slotegrator’s recommendation.

Integrating games with APIgrator saves operators time, money, and effort that are better directed towards business development. With APIgrator, operators don’t have to carry out lengthy negotiations and sign contracts with a series of individual game providers.

Slotegrator closely monitors market trends in order to continually update and expand the portfolio of games available through APIgrator by entering into partnership agreements with game providers around the world. That’s why the quality and variety of games in the APIgrator portfolio are constantly growing; as the number of partners increases, so does the volume of bets, meaning Slotegrator can negotiate lower prices with gaming content providers. This means that operators can create the right gaming offer and remain competitive in the market.

APIgrator’s portfolio is one of the most diverse on the international iGaming market. The powerful and versatile solution, combined with the advice of Slotegrator’s expert analysts, helps the company’s clients grow and strengthen their positions in their target markets. 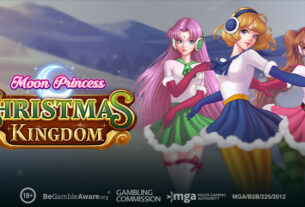 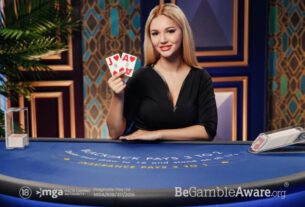 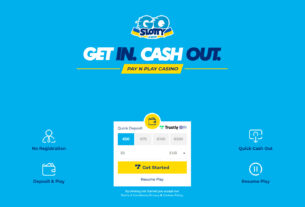 The Faster You get into Casino – the Faster you Cash Out